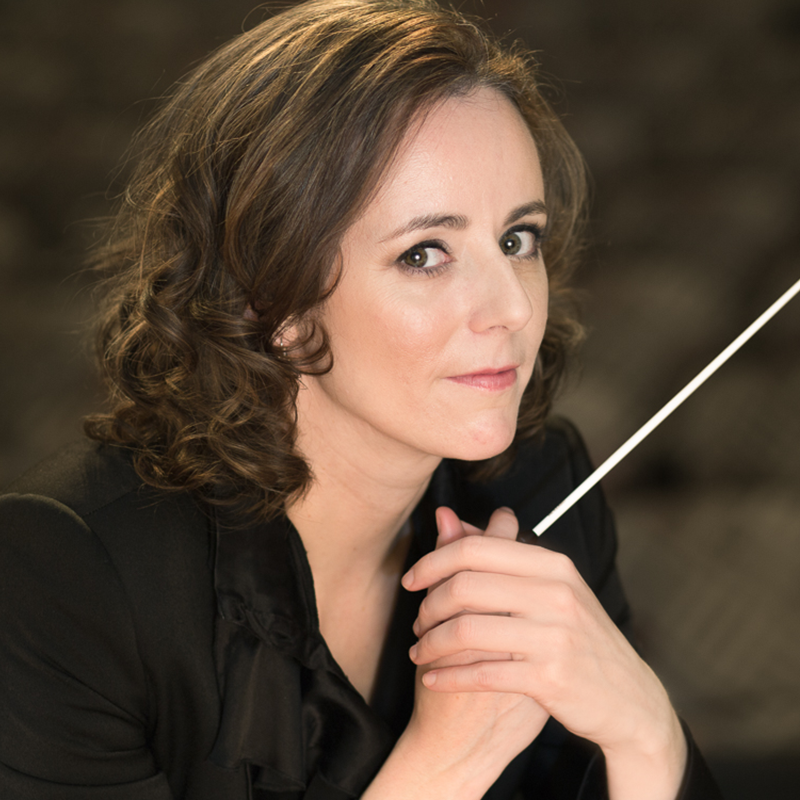 French conductor Mélisse Brunet, a “skilled and polished conductor with panache” (ClevelandClassical.com) is the new Music Director of the Northeastern Pennsylvania Philharmonic. A protégée of Pierre Boulez, she was selected for the 2018 Bruno Walter National Conductor Preview, chosen for her “experience, talent, leadership potential”, and the Hart Institute for Women Conductors at the Dallas Opera.

Brunet has been named the New Director of Orchestral Studies at the prestigious University of Iowa School of Music, where she started working in the Fall of 2021, leading the orchestras in symphonic and lyric repertoires, as well as teaching Masters and Doctorate students in orchestral conducting.

As a dynamic advocate of contemporary music, Brunet has collaborated with composers such as T.J. Cole, Steven Stucky, Michael Daugherty, Shulamit Ran, James Barry, and Jennifer Higdon, among others.

A native of Paris, Brunet began her studies on the cello, she holds diplomas from the Paris Conservatory and the Université La Sorbonne, the Cleveland Institute of Music, and the University of Michigan. Aside from Pierre Boulez, her mentors have included Kenneth Kiesler, Lawrence Loh, Carl Topilow, Zsolt Nagy, and Joel Smirnoff. She also took part in international workshops where she studied with Marin Alsop, Gustav Meier, David Stern, Peter Eötvös, and Jorge Mester.