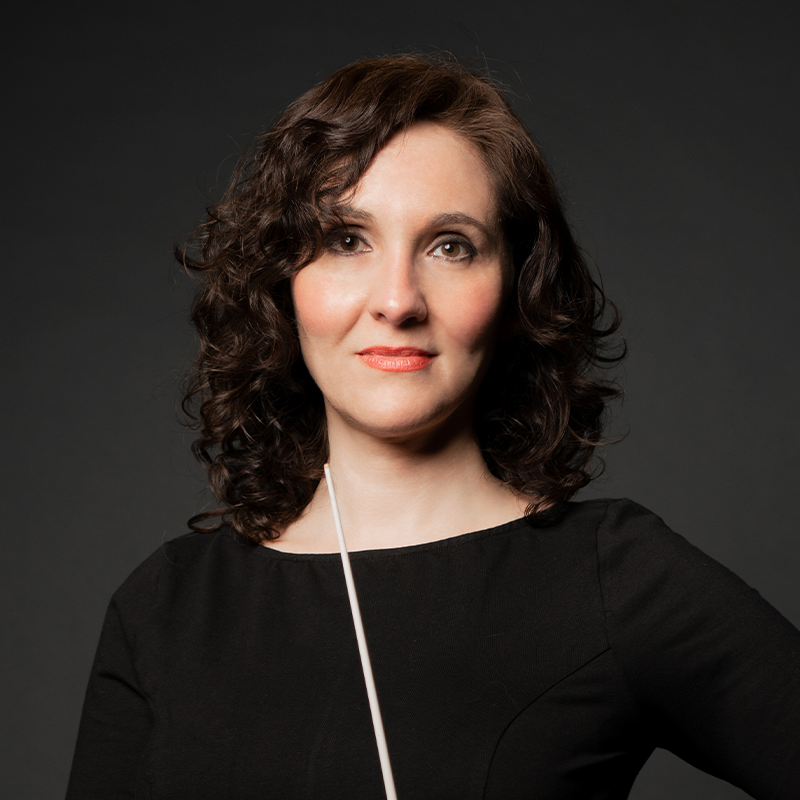 Described as ‘a rising star’, “A dynamic performer…. with a sensitive, natural gesture and musical phrasing, a clear command of orchestral forces” and “an extraordinary, talented conductor”, Spanish conductor Mercedes Diaz Garcia, whose recent conducting appearances have included the Elbphilharmonie, Hamburg and Sendesaal, Bremen, has seen her concerts being broadcast by the Deutschlandfunk Kultur in Germany. She has conducted the Missouri Symphony Orchestra (USA), Heliopolis Symphony Orchestra (Brazil), Windsor Symphony Orchestra (Canada) among others, participating in festivals such as  MIMO in São Paulo (Brazil) and The National Music Festival (USA). She has been artist-in-residence at the Banff Centre for the Arts and Creativity (Canada).

Her interest in contemporary music and in creative programming led her to founding VIVE! Ensemble in the USA. Since 2015 the ensemble has performed Kaija Saariaho’s Opera Emilie, the chamber versions of Mahler’s Das Lied von der Erde and Stravinsky’s Rite of Spring, plus many other compositions—standard literature and new works alike— including several premieres. She is conductor and co-director of Hamburg Dialogues, a New Music Festival in its third season based in Hamburg, Germany, where she is currently based.