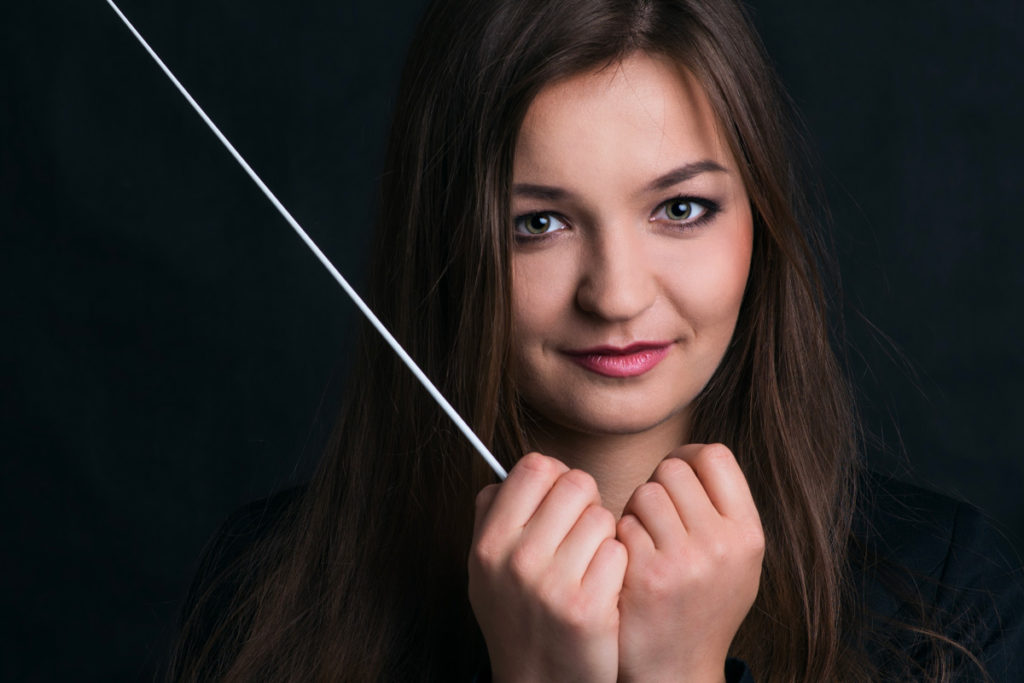 An alumni of the Faculty of Conducting, Composition and Theory of Music at the Academy of Music in Gdańsk, Jagoda Wyrwińska graduated in 2018 from the Programme of Symphony and Opera Conducting led by professor Elżbieta Wiesztordt-Sulecińska. In every academic year Jagoda was awarded the Scholarship of the President of the Academy for highest-achieving student.

Since August 2018, Jagoda Wyrwińska is the assistant conductor at Opera Nova in Bydgoszcz. She also works at the Feliks Nowowiejski State Music School in Gdańsk where she leads the Symphonic Orchestra and the Chamber Orchestra.

She has broadened her knowledge and improved her skills by attending courses led by conductors such as Szymon Bywalec, Rafał Jacek Delekta, Jose Maria Florencio, Colin Metters, Zsolt Nagy, Georg Tchitchinadze, and Lena-Lisa Wüstendörfer. Her experience has grown thanks to her work with the Wrocław Opera, Opera Nova in Bydgoszcz, Warmia and Mazury Philharmonic in Olsztyn, Beethoven Academy, Wojciech Kilar Polish Philharmonic “Sinfonia Baltica” in Słupsk, Polish Chamber Philharmonic in Sopot, chamber and symphonic orchestras at the Academies of Music in Wrocław and in Gdańsk, Elbląg Chamber Orchestra and Polish Baltic Philharmonic.

Jagoda Wyrwińska has conducted composition concerts at her Alma Mater and concerts for other artistic projects. So far, she has conducted over seventy concerts. She is the conductor of Pruszcz Gdański City Orchestra; she leads the Gdynia Symphonic Orchestra and Medical University of Gdańsk Orchestra.

In March 2017, she received an honourable mention at the second National Adam Kopyciński Contest for Students of Conducting in Wrocław. She created an orchestra called Batuto contro il resto – a chamber orchestra at the State Music School in Gdańsk – which won second place at the first National Contest of String Orchestras in Bydgoszcz.