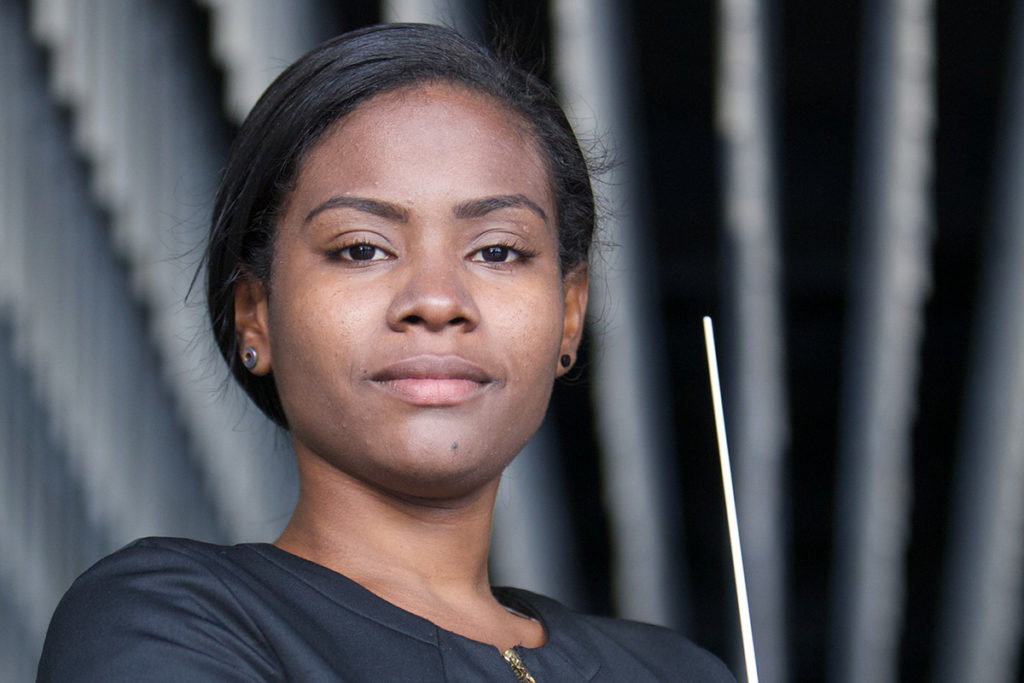 Born in Venezuela, Glass Marcano began her musical studies at 4 years old within children choirs and youth and children orchestras. Her musical instrument is the violin. At 8 years old she entered the Mescoli White Star Conservatory of Music where she learned musical theory and received individual violin lessons and orchestral practice. The following year she became a member of the San Felipe Youth Orchestra under the baton of maestro Diego Armando Guzmán.

In January 2006, she entered the Yaracuy Symphony Orchestra, and the Yaracuyana Youth Orchestra as a violinist and demonstrated good performance in the orchestra’s technical and artistic activities for six years. Her first experience in conducting was with the Yaracuyana Youth Orchestra during its 2012 tour in Columbia. She then started studying orchestral conducting in 2013 with Teresa Hernandez, at  the José Antonio Abreu School of Orchestral Conducting and at the Experimental University of the Arts under the baton of Alfredo Rugeles. She has trained with teachers such as Rodolfo Sanglimbeny, Pablo Catellanos, Miguel Ángel Monrroy, David Cukber and Dick Van Gasteren. She has attended violin master classes with Sergio Celis, Iraida Charito Mora, Pablo Vásquez, Eddy Marcano, Edgar Aponte, and Gerónimo Isturiz among others.

In 2018 she was named Director of the Youth Symphony Orchestra of the Simón Bolívar Conservatory. She currently works as an itinerant conductor, and performs with orchestras such as Barloventeña Youth, Antonio José de Sucre Regional, Aragua Symphony, Yaracuyana Youth Symphony, Valencia Youth Symphony, Carabobo Symphony, Merida Symphony, Metropolitan Orchestra West, among others. She remains a student of maestros Alfredo Rugeles, Pablo Castellano and Rodolfo Sanglimbeny. Glass has also studied law at the Central University of Venezuela.