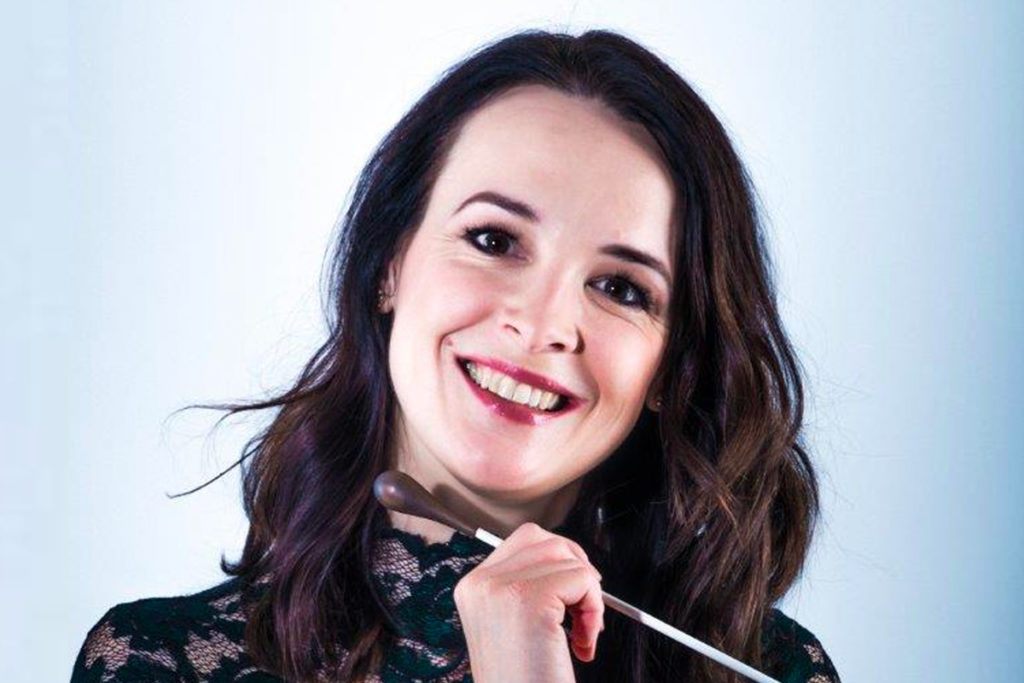 After an impressive course as a professional singer, Marie Rosenmir began her conducting career on the music staff of the Gothenburg Opera conducting Puccini’s Manon Lescaut. She then went on to lead opera productions at Folkoperan in Stockholm. In 2017 she made her conducting debut at the Royal Swedish Opera with Mozart’s Die Zauberflöte. During the 2018-19 season she was invited back to the Gothenburg Opera and in 2021 she will return to Folkoperan.

As a symphonic conductor Marie works regularly with all the major Swedish orchestras and she has also worked with prominent orchestras of the Czech Republic, Denmark, Norway and the United Kingdom (Orchestra of the Age of Enlightenment).

Marie’s repertoire ranges from the music of the eighteenth century to contemporary music. She feels a special affinity with the sounds and style of the Viennese Classical period but she has also premiered several works both as a conductor and as a singer and she has made recordings of important new works for Swedish broadcasters SVT and SR.

Marie received the Swedish Conductor’s Award in 2006 and was awarded the Marianne and Sigvard Bernadotte Arts Fund Award in the same year. Both as a singer and a conductor she was taught by some of the greatest names in the field; Elisabeth Söderström, Thomas Quasthoff, Graham Johnson, Johannes Schlaefli and Alan Gilbert. She holds a diploma degree in conducting from The Royal College of Music in Stockholm, where she studied with Jorma Panula.

Marie is a passionate advocate for openness and excellence in the field of music, and in 2016 she conducted The Nobel Prize Award Ceremony, which was broadcast live around the world.