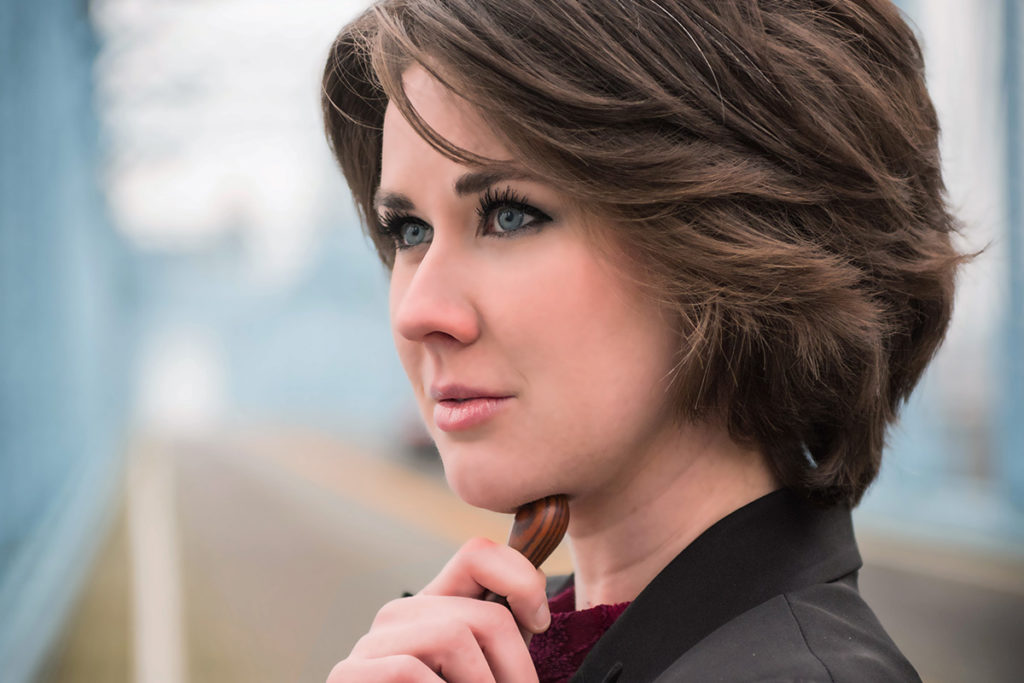 From Earl Grey, Saskatchewan, Canada, Maria Fuller is an internationally active performer as a conductor, pianist and trumpeter, and is also an acclaimed vocal coach, composer and arranger. Equally adept in the opera pit and on the concert stage, she shows a winning charisma and infectious joy in her music-making.

At the piano, Ms. Fuller is a two-time laureate of the FCMF National Finals, of the CMC National Finals, and of the CFMTA National Finals in Canada. More recently, Maria has soloed with the Longview Symphony, Cincinnati Ballet, the the CCM Philharmonia. As an orchestral pianist, Fuller has performed internationally with several symphonies and in 2010, was selected Principal Pianist for the National Youth Orchestra of Canada. As a chamber musician, Fuller has performed throughout Europe and North America and was a semi-finalist in the Fischoff National Chamber Competition in Indiana, and in the Plowman Chamber Music Competition in Missouri with her piano trio, Geistrio. Recently, Fuller has had a CD released: “Great Southern Land,” under the PARMA Navona Recording Label.

In the opera house, Fuller works with the Saskatoon and Cincinnati Opera Companies as repetiteur. This year, she conducted La Clemenza Di Tito, in Cincinnati, and next season, she is scheduled to conduct La Traviata with Saskatoon Opera. Equally adept in the ballet pit, Fuller looks forward to conducting her first Nutcracker with the Thunder Bay Symphony Orchestra and the Minnesota Ballet, this December.

Before age 16, Maria had won first place in the brass category for her entire Province thrice, and has since received praise throughout North America for her trumpet playing. Maria’s own composition, “Fractals No. 1 for Trumpet Piano and Strings,” was premiered at the Chautauqua Institute, NY, this summer, where she played piano, and conducted from the podium. In addition to composing, Maria is becoming increasingly recognized for her choral and orchestral arrangements.

Two years ago on invitation, Maria’s conducting career began in the form of a third Masters degree, under the intense mentorship of Mo. Mark Gibson. In these two years, she has received overwhelming acknowledgement; amidst learning the craft, she was invited to audition with four major Canadian orchestras, and is now Resident Conductor and Chorus Director for the Thunder Bay Symphony, in Ontario, Canada. She also received invitations to attend the Hochschule in Munich, and to guest conduct with orchestras and opera companies in North America. This summer, Fuller was the recipient of the prestigious 2019 David Effron Conducting Fellowship at the Chautauqua Institute, where she worked alongside cond

Maria holds a Bachelor of Music degree in Piano from McGill University, a MM in Piano, an Artist Diploma in Operatic Coaching, and a MM in Orchestral Conducting at CCM.